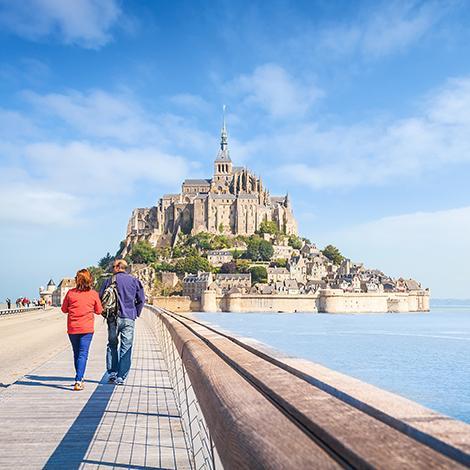 Bonjour! My name is Cori Horne and I have been a French teacher at DCHS since 2012.  I currently teach classes French 1-3.

In French class we learn the language with speaking activities, games, celebrations, competitions and much more.

I think that one of the most important aspects of being a language teacher is to allow students the opportunity to see and experience as much of the culture as possible. We watch travel videos and have a weekly culture component, which ends up being one of the most interesting parts of French class (according to my students :) )

To the left, is a picture of Mont St Michel. This massive structure was built in the year 700 AD! It was used as an abbey for thousands of years. During Medieval times, it was a tourist trap, selling omelettes and trinkets to passersby.  Back then, it was important for all tourists to leave the island before high tide, or the only road into Mont St Michel would be swept over by the sea and impassable until low tide the next day.